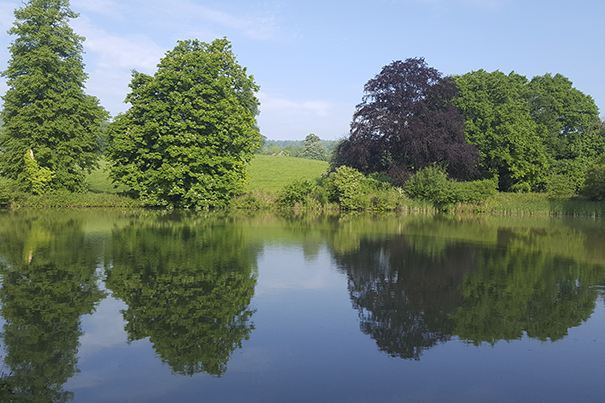 Gatton Park is best known for the work that was carried out between 1762 and 1766 by English landscape designer Lancelot ‘Capability’ Brown.

During this period Brown was at the height of his notoriety and was paid in excess of £3,000 for his services at Gatton Park, this commission was within the top 25% of Brown’s commissions in terms of value. Brown was enlisted to work on the park by Sir James Colebrooke who purchased Gatton in 1751. While there had been a park at Gatton from the mid-15th century on, it was Brown’s work that has proved to be the most enduring.

Brown swept away the formal landscape that had been there and replaced it with informal naturalistic plantings which accentuated the rolling landscape of the park. In the area around the mansion a number of shrub borders and walks were planted and the southern terrace was levelled to create an area from which the parkland could be viewed. The main lake was greatly expanded and the tributary lakes reshaped to include one of his trademark serpentine canals.

A key part of Brown’s design for Gatton was a series of ponds which culminated in the main lake. The first of the watercourses is the Hop Garden Pond which sits in the middle of the park and this feeds the Engine Pond via an underground culvert. The overflow from the Engine Pond passes over the cascade, through the Japanese garden and into the serpentine. The serpentine is a long winding canal which winds along the western edge of the park. This feature would have been used for punting and as a place to stroll in the evening. The serpentine then falls into the main lake again through a culvert.

The main lake was known as the grand water menagerie which was the central feature of Brown’s plans for Gatton. The lake is around 30 acres in size, the main body of it narrows to the north to form an area which is known as the Panhandle. The lake has two islands, one of which is home to the only Heronry in Surrey and the other supports many other species of wildfowl.

In recent years the Gatton Trust has carried out a great deal of work to restore Brown’s features so visitors can enjoy them in their full glory today. 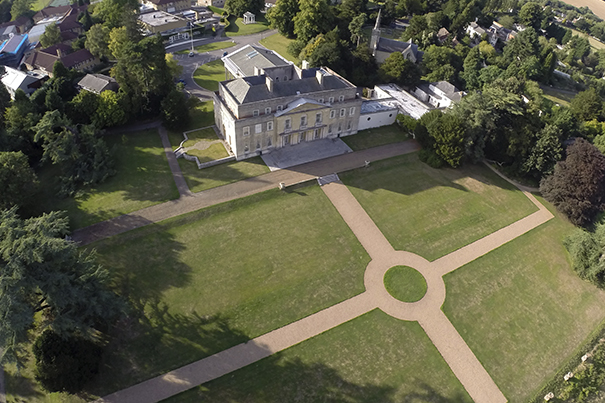 The view from the parterre is widely regarded as one of the finest views in Surrey.

The Victorian parterre was laid out by H E Milner in the 1860s. It consists of a cross shaped path outside Gatton Hall.

Along the southern boundary are 10 cast stone urns which run east to west. The parterre was designed to look over views of the park, the main lake and the landscape beyond. On either side, cedars and yews frame the view. 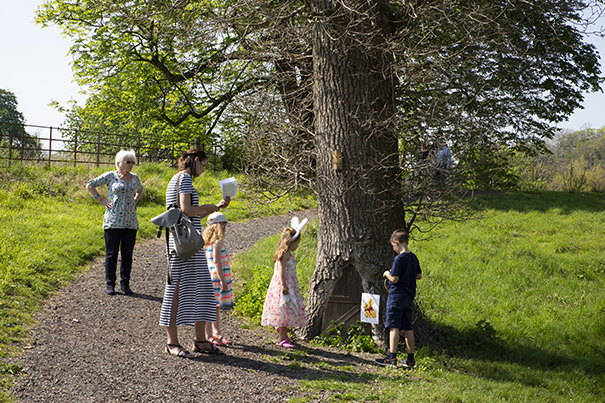 The Wild Things Play Trail can be enjoyed by families on Open Days.

The Edwardian pleasure gardens were laid out under the instruction of garden designer H E Milner.

The gardens originally consisted of open lawns with meandering footpaths and informal groupings of specimen trees. The area has been restored to showcase the now mature Victorian plantings. Instead of reinstating the finely mown lawns, meadows have been created to benefit wildlife in the park.

The Wild Things Play Trail follows a path around the pleasure gardens and features play areas made from natural materials found in the park. The trail encourages children to climb, scramble and build dens. 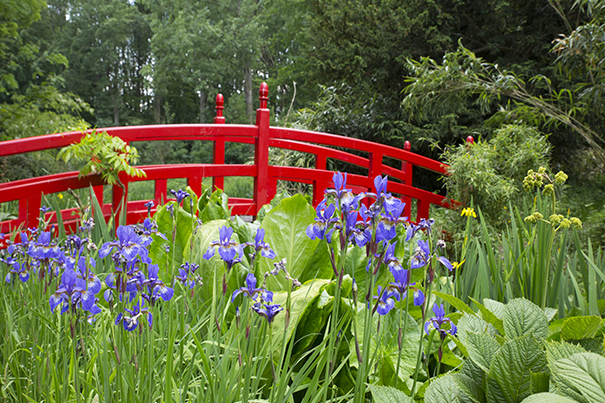 The Japanese garden was originally constructed in 1909 to satisfy Sir Jeremiah Colman’s fascination with all things eastern.

He commissioned the garden designer Edward White to create the garden in a damp wooded corner of the estate. The garden captures a time when Japanese arts were at the height of fashion.

The garden was lost in the 1950s when regular maintenance ceased. Native trees and weeds reclaimed the area and the ponds silted up. It remained this way until 1999 when the Gatton Trust began restoration work and the garden featured on the Channel 4 TV series Lost Gardens.

Today the garden looks very much as it did in its heyday. Key features include a thatched Minka-style tea house, granite lanterns and an oriental bridge. Work is ongoing with fundraising to further restore the garden and the Gatton Trust work with the Japanese Garden Society on planting and maintenance projects to ensure that the garden continues to look stunning for future generations. 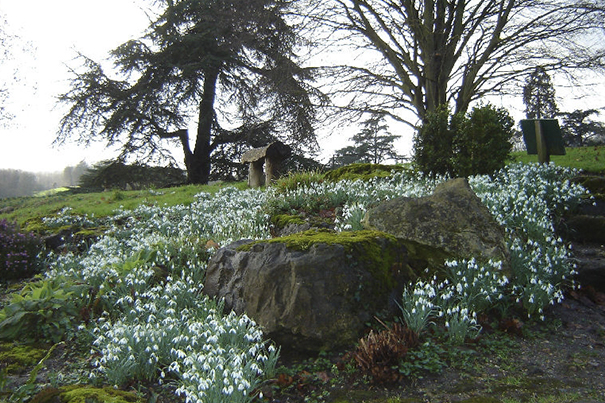 Stunning displays of snowdrops during February

The rock garden was constructed in 1912 by J Pulham & Sons.

They transformed an area of the park which was a sloping lawn and shrubbery into a dramatic rock escarpment with naturalistic pools. A mixture of hoggin and stone paths weave their way through the rock giving visitors opportunities to view the plants up close.

Pulham & Sons were experts at creating artificial rockwork which blended with the surrounding natural rock. At Gatton the Pulhamite is a decorative inner wall within the main lily pond. The great rocks which make up the face of the rock garden and the surrounding ponds are Kentish Ragstone and sandstone. It was described in The Journal of Horticulture and Home Farmer of November 6th 1913 as ‘a rockery cascade’, planted with ‘Heaths, alpines, bog plants and aquatics’. Such was the beauty of this garden that Queen Mary would visit at peak times of the year.

The garden was lost in the 1950s when regular maintenance ceased. This remained the case until June 1996 when the Gatton Trust began restoration work. The snowdrops that were present in this area before the restoration appear to have been unaffected by the work and flower in profusion every February.